At Trainline, environmental sustainability is fundamental to our purpose. Through our technology and data, we make rail travel easier, empowering people to make travel choices that are better for the environment.

Rail offers travellers a greener alternative to flying or driving, generating less than 1/20th of the CO2 emissions of air travel and approximately 1/7th of the CO2 emissions compared with car travel, per passenger. It can move millions of people quickly and cleanly, for leisure or business, across countries and continents. We believe we have a key role to play in supporting the rail industry, businesses and governments in meeting their emissions targets by promoting a modal shift and encouraging greater use of rail and coach. 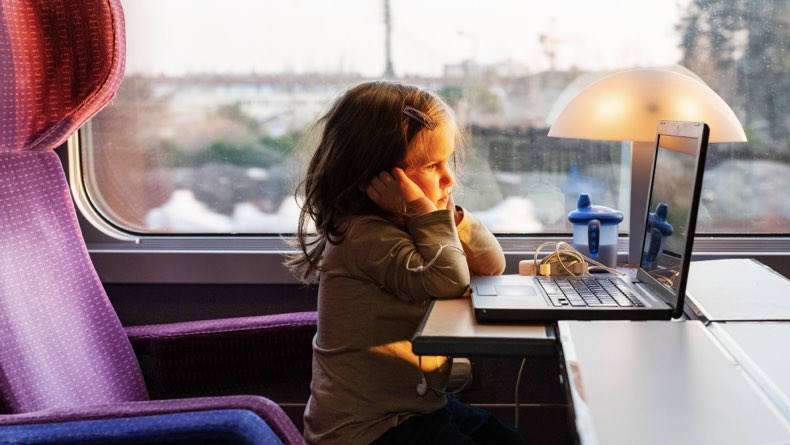 UK and European governments have continued to encourage a modal shift to rail and increase their investment in rail in order to meet their net-zero emissions goals, with the EU targeting a 55% reduction target for CO2 emissions by 2030 and the UK a reduction target of at least 78% by 2035.

Strategic priority one of the UK Decarbonising Transport plan is to accelerate a modal shift by making public transport “the natural first choice for our daily activities”. The UK Decarbonising Transport plan highlights rail as “the greenest form of motorised transport” and sets a target of achieving net-zero greenhouse gas emissions from trains by 2050 through increased electrification of the rail network and introduction of new technologies such as hydrogen powered trains.

The EU Commission has highlighted rail as playing a key role in the EU becoming climate neutral by 2050 through the doubling of high-speed rail traffic and a target for scheduled travel of under 500 km to be carbon neutral by 2030 and a tripling of high-speed rail by 2050. Third party ticket vendors such as Trainline have been identified as having a key role to play in the delivery of elements of this plan.

European governments are also starting to take steps to encourage a modal shift from cars and planes to rail to achieve their carbon reduction targets; for example, France has introduced a ban on internal flights where the equivalent rail journey is less than two and a half hours.

Our aim is to empower people to make greener travel choices, driving a modal shift that benefits the world.

In October 2021 we conducted a survey across the UK, with three in every five respondents stating they feel a sense of pride to travel by train, knowing it’s better for the environment. Only 4% of respondents knew just how much their carbon footprint could be reduced by choosing to travel by train instead of by car; the majority thought it was between 10 and 30% when it is actually closer to 80% less carbon. When combined with 82% of respondents wanting to see rail publicise more about how sustainable it is we felt obliged to take action.

We steer customers to etickets where available to reduce paper ticket waste, promote rail cards to encourage a modal shift and in the UK and France show customers the CO2 emissions of their chosen journey. In FY2023 we are making green data more accessible and transparent on our platform to allow customers to better understand and reduce the carbon impact of their journey and continue to build awareness around the benefits of using rail and coach instead of car or plane. 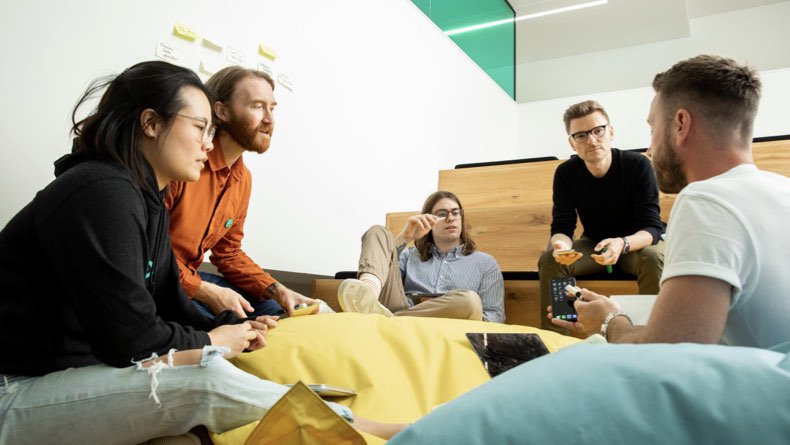 We steer customers to etickets where available to reduce paper ticket waste, promote rail cards to encourage a modal shift and in the UK and France show customers the CO2 emissions of their chosen journey. We are making green data more accessible and transparent on our platform to allow customers to better understand and reduce the carbon impact of their journey and continue to build awareness around the benefits of using rail and coach instead of car or plane.

In September 2021 we committed with the Science Based Targets initiative (SBTi) to set an SBTi-aligned net-zero target by no later than 2050 and to reduce emissions from our own operations (Scope 1 and 2) in line with 1.5°C scenario and from our value chain (Scope 3) in line with the well-below 2°C scenario, as a minimum. We also signed up to the Business Ambition for 1.5°C and UNFCC Race to Zero campaigns.

Since then, we have completed a greenhouse gas inventory of our full value chain and modelled our near-term science-based targets as we continued to make progress against reducing the impact of our own operations.

We offset our operational greenhouse gas emissions for FY2022, including the impact of our people working from home as well as Scope 1 and 2 waste, water and business travel, by investing in the Gandhi Wind Project, which plays a vital part in India’s shift towards a low carbon economy. This project is fully certified by the Verified Carbon Standard and spans the Indian states of Rajasthan, Gujarat, Tamil Nadu, Maharashtra and Madhya Pradesh. The Gandhi Wind Project aims to ensure access to affordable, reliable and sustainable modern energy as well as promote sustained, inclusive and sustainable economic growth.