Trainline launches Where next? feature to support customers in their final journey leg

·       Where next? app feature provides customers with a map and directions from the train station to their final end-destination 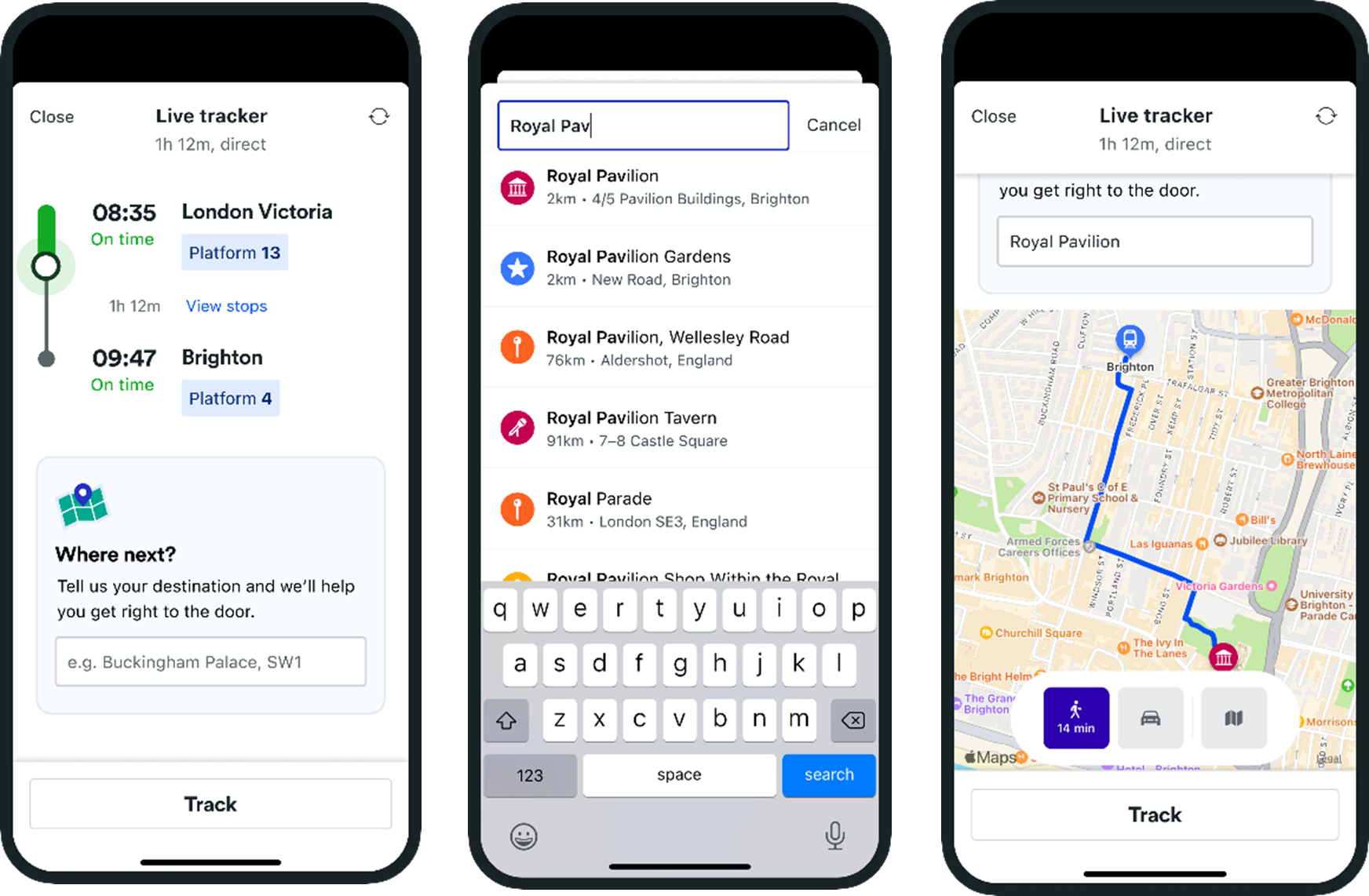 Trainline, the leading independent rail and coach platform, has launched a new app feature Where next?  to support customers in reaching their final destination. Available within the Live tracker function of the Trainline app, the feature offers customers a search box to find their end destination.

Through integration with Apple MapKit, users can see directions to their final destination without leaving the Trainline app. As in Apple Maps users can search by street or even building name and as they start to enter their destination, suggested locations matching the search term are presented, starting with those closest to the station.

The innovation was devised within 2 days, which included user testing. Now the feature is available to customers in all 45 countries Trainline provides train tickets, supported in the 14 languages Trainline serves. In addition, the feature can be used with VoiceOver so that it’s accessible to those with impaired vision.

“Building a feature in 2 days was a challenge, however, as the team make around 600 updates a week to the product, they are adept at developing at speed - proving it’s possible to work leaner while also following a diligent process. Ultimately, we want to encourage more people to choose to travel by train over car, so if this means reducing friction on connecting legs to their journey, we’re happy to help.”