Supercharging our superstars; Trainline offers £100,000 in discounted travel to supercharge attendance at women's professional football as 84% of Brits are inspired to pick up the game 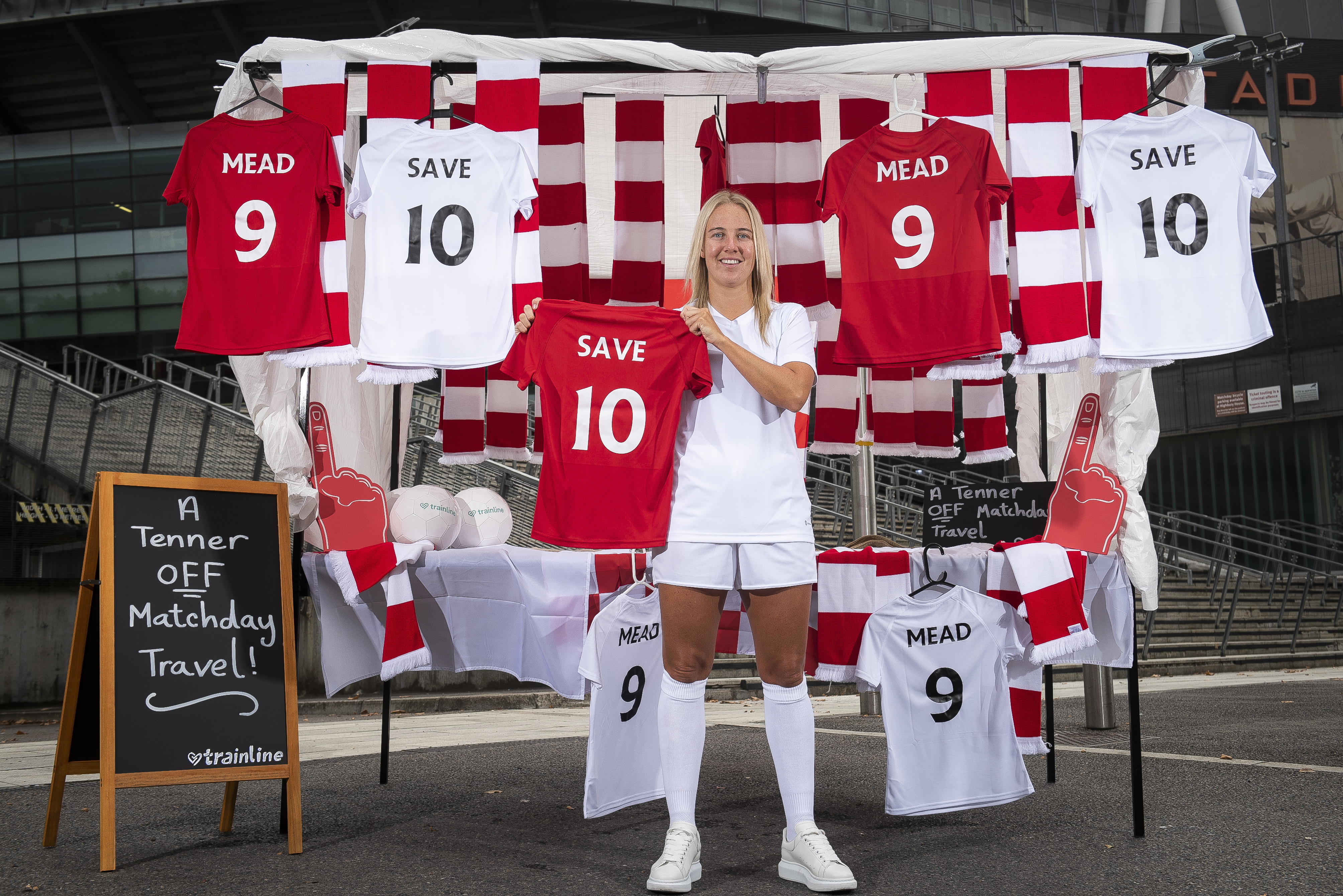 To mark a moment in sporting history and to keep the excitement going around women’s football, Trainline has announced a discount for those making their way to any professional women's matches in England this season, offering £10 off relevant train travel for those who book travel before the end of the month.

The offer comes as research reveals that over two thirds (68%) of those polled travelled by train to the Women’s 2022 European Championships, while 2 in 5 (43%) claimed that they’d attend more sporting events if they could make a saving on travel. Trainline has set aside 10,000 discounts of £10 each to be redeemed by the end of August, saving football fans the equivalent of £100,000 on train journeys.

Nearly a third of Brits (30%) claim that England winning the Women’s Euros 2022 has been the most inspirational moment in women’s sport from the last five years. As 4 in 10 (44%) agree that their win broke boundaries in the sporting profession, while over a third (37%) think they were inspirational due to the records that were broken.

The Lionesses' aspirational win motivated 7 in 10 women (70%) who watched them triumph Germany to play football afterwards. Of those who have children, 40 per cent said their kids watched the final at Wembley and the majority of children (82%) in the UK felt more inspired to play sports, with 47% claiming they’ve been more encouraged to take up football. The match itself also features two of the top five most impactful events in women’s sport of the past five years.

Over half (57%) believe that the women’s sporting moments of the last five years have inspired the next generation to take part in sports. With 26% of adults confirming that they’ve taken up a new sport during this five year period and 7 in 10 (70%) of them being encouraged specifically by these sporting moments to do so. Football, swimming and tennis come out on top as the sports adults have been most inspired to play.

Lack of confidence (38%) is the biggest hurdle adults face when it comes to obstacles around playing sports, although nearly a third (29%) have overcome their fears by seeking advice from others who already take part in that sport.

“It was an incredible experience with England to receive the nation’s support on our route to winning Euro 2022. It gave the squad a massive boost to play in front of a record crowd of over 87,000 fans at Wembley Stadium and knowing that millions more were watching from home. It was a thrilling moment to be a part of. As we head into the new season, I’m so pleased to partner with Trainline to offer supporters discounted travel so that we can reward fans who want to show their love for the game. I want to see women’s football grow from strength to strength and I believe this initiative will help to introduce the sport to a new audience, as well as inspire the next generation of girls to pick up a football. There really is nothing like it!”

“The Lionesses’ win at the Euros is a moment England fans will never forget and we want to do all we can to keep the momentum going. Trains are not only a more sustainable way to travel, but also a convenient way to get to the stadiums and we are so proud to be able to do our part to both help our customers and support the growth of the game. In addition to the promotion, customers can save further on their train tickets by booking in advance and using a digital Railcard, available to buy from Trainline.”

Milena Nikolic, Chief Technology Officer at Trainline, which has committed £100,000 towards travel discounts for women’s matches

To claim their £10 discount, football fans must book now by heading over to www.thetrainline.com/trains/great-britain/a-tenner-off-match-day-travel,  where discounts are available until 31st August 2022 or until all 10,000 discounts available have been applied.

For those attending a number of matches this season money can also be saved through booking Advance train tickets. By booking an Advance ticket with Trainline, away fans heading to the Leicester City vs Tottenham Hotspur game for example, can save on average £42 when travelling from London St Pancras International to Leicester.  Manchester United fans travelling to the Reading game can also save an average of £24.* The additional £10 discount is also valid on Advance tickets, meaning fans can combine savings providing they book before the offer runs out.

All 16–30-year-olds are also eligible to save a third off their train journeys** with either a digital 16-25 Railcard or 26-30 Railcard, while those travelling in pairs can also save a third with the digital Two Together Railcard.

*Average savings achieved between March-July 2022 per passenger on these routes, comparing standard-class return Advance tickets (booked 7 or more days in advance of date of travel) vs. walkup ticket prices.

Trainline commissioned OnePoll. to survey 2,000 adults across the UK.

Promotion of £10 (GBP) off on a minimum basket of £10 (GBP) (excluding any booking fees) available exclusively on www.thetrainline.com, for the purchase of train tickets in the UK (“Discount”). There are only 10,000 Discounts available. Only one Discount valid per device for a trip booked before 31/08/2022, paid in pounds (GBP). Please note, the Discount cannot be used in conjunction with any other Trainline offer and each Discount can only be applied once. This Discount offer is subject to availability and will end on the earlier of (i) 10,000 applications being received for a Discount; or (ii) 31 August 2022. If you make an eligible purchase using a Discount and subsequently obtain a refund, you will lose your Discount and you will only be refunded the amount paid for the purchase (the Discount value will not be refunded). We reserve the right to refuse the issue of a Discount at any time and to vary any and all elements of each Discount at any time without notice. To see the full conditions and restrictions that apply to this Discount offer, take a look at our Terms and Conditions.